Grand Theft Auto: San Andreas is one of the most popular in the GTA series,.

With 101 storyline missions (including the opening mission), Grand Theft Auto: San Andreas has become the GTA game with the most missions of any generation. 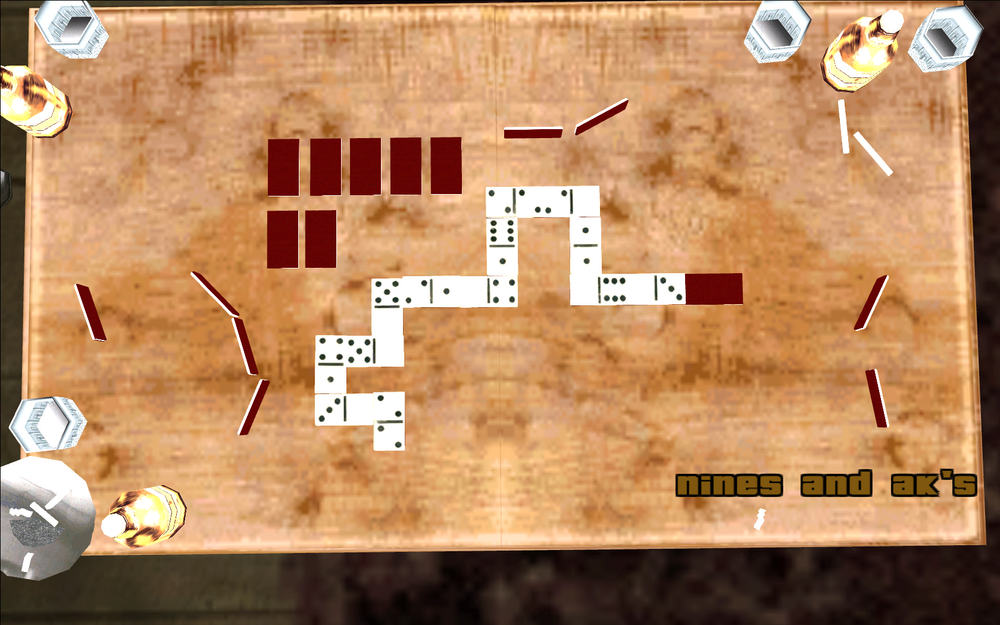 Grand Theft Auto: San Andreas" is set in 1992, the protagonist Carl Johnson after learning the news of his mother’s murder, returned home in Los Santos, and found his family and his gang Grove Street Families like a scattered piece of sand!

As the game progresses, Carl Johnson will slowly uncover the inside story of his mother’s murder and revive the gang and develop his own business.

We’ll be compiling a list of storyline missions that appear in Grand Theft Auto: San Andreas for you to check out for Panda Helper users.

Nines and AKs is a mission in Grand Theft Auto: San Andreas given to protagonist Carl Johnson by Grove Street Families leader and brother Sweet from his home in the Grove Street cul-de-sac in Ganton.

Carl arrives at Sweet’s house, where Sweet, Smoke and Ryder are playing dominoes. Carl asks what type of guns Grove Street Families have at the moment. Ryder tells Carl about the police raiding Grove Street, leaving them with very little firepower. Carl asks what happened to Emmet. Smoke replies by saying that Emmet is a member of the Seville Boulevard Families, who are not so close with Grove Street anymore but still agrees to take Carl to see him. Carl and Smoke get into Smoke’s car drive to Emmet’s in Willowfield.

On the way, Smoke tells Carl about Seville, Temple Drive Families, and Grove Street Families not getting along. Smoke then tells Carl that he is a leader and to remember him when he gets to the top. They arrive at Emmet’s place, where they find him fiddling with a Desert Eagle, which accidentally misfired, spooking Emmet and thinking that someone was shooting at him. He sees Carl and Smoke but does not recognize him at first. Emmet mistakes Carl for Brian, his dead brother, but realizes his error and gives his condolences to Carl about his mother. Smoke tells Emmet that they want to get revenge on the people who did it, and in return, Emmet offers to give them some shooting practice.

Smoke demonstrates how to shoot glass bottles with a 9mm, as Carl does the same thing. Carl is also taught how to aim at a car’s fuel tank for quick destruction, with Carl hitting the target, practicing the technique on a Tampa. Afterwards, Emmet praises Carl’s accuracy, as Carl and Smoke leave. Carl then drives Smoke back to his house in Idlewood.

After dropping Smoke off, Carl gets a phone call from Sweet. Sweet tells Carl to go check out the Binco clothing store just up the road from Grove Street and get himself some Grove Street colors. Carl goes to the clothing store and buys some green clothing to wear, and then leaves.

In order to complete the mission the player must:

The reward for this mission is an increase in respect and the missions Drive-By and OG Loc are unlocked. A pistol now spawns at Emmet’s. In addition, Carl can purchase clothing from Binco, ProLaps, and Sub Urban clothing stores.

The missions Drive-By and OG Loc are unlocked.