What our editor says

Not Responsible For Any Bans

"Marvel Contest Of Champions Beginners Guide 2022" will introduce the fighting game skills for beginners that will allow you to quickly improve your fighting ability. Although the basic operations of the Marvel Contest Of Champions are only light, medium, and heavy Attack, Dodge, and Block, each Champions has different attack methods, additional attributes, and skills at different stages. A proficient player who knows himself and his opponent can even challenge an enemy with a strength of more than 100,000 with a marvel contest of champion characters of thousands of power.

Although some problematic operations can't reach the level that you can read it once, you can safely pass the novice stage in the game as long as you learn the battle ideas and the overall situation.

What's the Marvel Contest Of Champions?

Marvel Contest Of Champions (MOCO) was first released in October 2014. It can be said to be a very successful mobile fighting game. It has been in the top 20 of the App Store's best-selling list for a long time and often reaches the top 10. It has continued to this day and has not regressed, and its vitality is robust!

The gameplay of this game is relatively unique. Although it is a side-board fighting PVE, the Alliance mode (including Alliance mission AQ and Alliance war AW) is essential to other players development! It cleverly binds players together. This is not obvious in the early stage, but it is evident in the middle and late stages. In general, it is not a stand-alone game at all. It is necessary to join an Alliance in the game and find a group of players with similar progress to yourself. 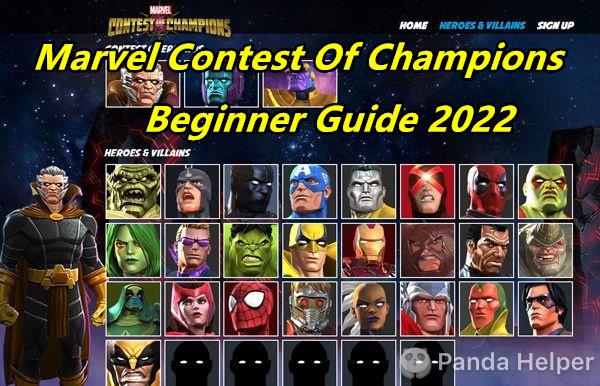 Just remember one thing for newbies: if you are not too rich, don't buy Crystal that requires Gold Coins, such as Premium Hero Crystal.

At the beginning of the Marvel Contest Of Champions, there is a Beginners tutorial to explain and learn how to perform basic operations for players. After the game is over, players can enter the competition. Ultimately, the game will give you two one-star Champions, the famous Spider-man and Captain America. After the player passes the first level, the system will allow you to draw Crysta for free, which can get two-star to four-star Champions. This is also the first opportunity for players to obtain high-star Champions. At the same time, as long as players log in to the Marvel Contest Of Champions every day, they will give you a chance to get Crysta for free. Accumulating Champions is not overnight, but as long as you work hard, there will be rewards.

MOCO Arena is a way to get Marvel Champions/Shards. Each round consists of 3 battles. It may be a bit boring, but it is still necessary for beginners to fight more. When the player reaches the third level, the Arena will be opened. The Arena is divided into two modes: 1v1 and 3v3. The MOCO Arena results are divided into ordinary Champions, Fragments, and advanced Champions. In the early stage, players mainly participate in the Arena where everyday Champions are obtained, and the game will help you match opponents with the same strength as you. In MOCO Arena, Champions who want to get 3 or 4 stars can only get 1%-10% of Arena ranking, but the Champions you use can only be below 3 stars, so players should not think that low-star Champions are useless. Everyone is equal in the Arena.

An Alliance is a place where players communicate, and in Alliance, you will also fight other rival Alliances. When you enter the Alliance for the first time, you can get the opportunity to get Champions for free. Simply put, the game will give you a Premium Hero Crystal after joining the Alliance. This may be a welcome ceremony for the new members of the Alliance. Joining a relatively active Alliance is the first step for every Marvel Contest Of Champions player.

Most of the Champions in the game except Alliance are obtained by getting Champion Crystals. In addition to getting a Champion Crystal for free every day, you can spend a lot of gold to buy Premium Hero Crystal to get Premium Champion. Of course, the higher the Champion star, the more powerful it is.

MOCO Fighting Tips You Must be Know

Make Good Use of Dodge

The proper use of Dodge is a significant difference between a Beginner and an expert, and the "Dexterity" must be unlocked before level 20. In addition to actively fighting the enemy at close range, you must use Dodge to keep a certain distance from the enemy. If you keep a reasonable distance, you will have time to respond to any enemy action. If you get too close to the enemy, you will likely be beaten in vain for not responding in time.

Another reason to unlock MOCO Dexterity is that Dexterity allows you to evade all attacks, which is also the basis for a master to overcome the weak with the weak. As long as you understand every move of the enemy, then because of Dexterity, Most damage is impossible to hit yourself. All in all, even if you don't have that fast reaction time to 100% Dodge, always keep your distance from the enemy.

For many Beginners, Blocking is risky because when you don't know enough about the enemy Champion, you are often unable to dodge the Attack. In the Beginner battle, making good use of Block can also greatly reduce your losses. Block also differs between continuous and instant blocks when the enemy attacks. The most important thing for Beginners in the MOCO is to rush in and out, which often exposes them to many unnecessary attacks. Once the enemy has finished the combo and enters the preparation stage, you can catch the enemy by surprise by punching or dashing. Beginners should remember that Block can never be wrong when they don’t know what to do. With more Blocks, they will naturally be able to find the time to counterattack. 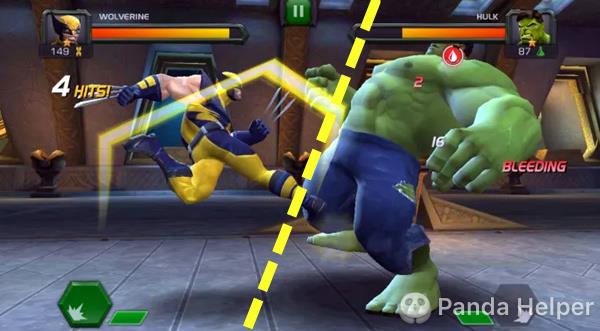 Another point of emphasis, do not sell any Champions!
About the Marvel Contest Of Champions tier list is not finished in a few words, but more information can be obtained through MOCO tier list 2022.

This article is from the point of view of ordinary players, that is, players who play games at leisure. This is one of the most players in the game. Because high-end players have to consider the comparison and selection between Champions. Which the best champion Marvel Contest Of Champions? This is too far for new players.

After clarifying their own requirements and positioning, a novice player's first consideration when choosing a Champion is the star rating. There is a big gap between the Champions' combat power between different star ratings. Especially when there are many three- and four-star Champions in the novice period, it is not meaningful to entangle strength and weakness. 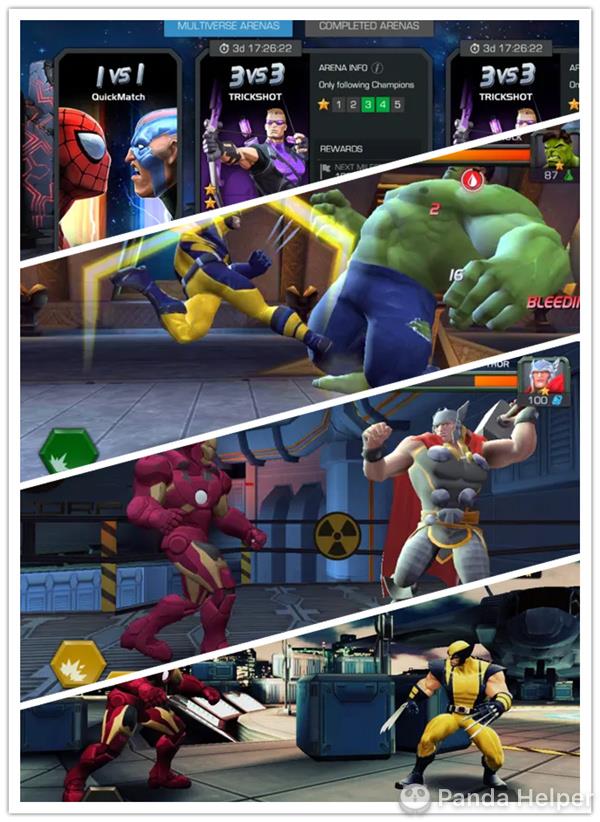 It's just that when choosing a Champion, it is not only to see if you like the character but also you take this Champion for actual combat practice and then decide whether to strengthen it or not. Maybe your favorite Marvel Contest Of Champions best characters are not to your liking in actual combat. If you haven't tried it beforehand, Just powering up your Champion may cause waste.

Marvel Contest Of Champions Champions is relatively easy to obtain because the game's rewards are wealthy. A Premium Hero Crystal has a 20% probability of getting a Samsung Champion. It can be said that it is straightforward to obtain a Premium Hero Crystal in the early game. You can log in to your Gmail or join an Alliance.
If you are lucky, it is normal to have seven or eight four-star Champions by level 20. After you have assembled a good set of the 4-star roster, you can consider choosing a few favorite Champions for training. And when the Champions have broken through to more than 1500 combat power, you can view challenging the more difficult Duplicate.

Another reason is that in the game's later stages, you often have to win the big with the small. At this time, the Champion's skills and actual combat skills are more dominant in the battle. Under normal circumstances, you can't win with 5-star Champions, and often the same result with 6-star Champions. 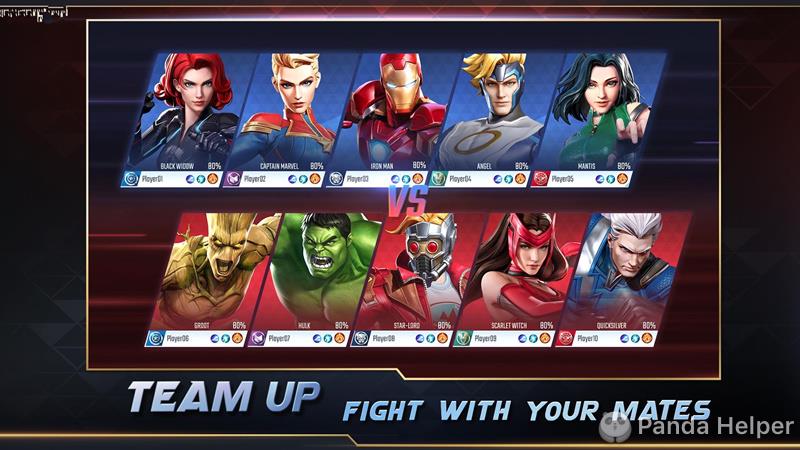 How to Get Champions?

First, each Champion is divided into one to six stars in the MOCO. Under normal circumstances, 4-star Champions are our main Champions in the early and mid-term. The training of 5-star Champions and 6-star Champions requires a lot of advanced materials. They cannot be used as the leading force for training in the early stage, and you need to transition slowly in the later stage. Creating a perfect Champion system should be what every player should do, and rationally arranging the tactical layout of the opening will allow you to avoid detours in the later games.

In addition, the Marvel Contest Of Champions will launch new Champions every once in a while, and each unique Champion has its special skills, bringing us fresh gameplay.

Beginners must play more battles, become more familiar with the various contents of the game, and find an Alliance that suits them. It is highly not recommended to trade gold for Krystal.

To be honest, as an experienced person, the novice experience of this game is average, and the opponent's AI is relatively stupid, so it is conceivable that the experience will not be good. But the more you play, the more interesting it becomes! So since you choose to play, please experience it for a while! At least hit the fourth act of the campaign to get started. If you can explore the fourth act, you can be considered a mid-game player.
If you have any other questions, you can contact us via Panda official Twitter or email: support@pandahelp.vip.