The Sims is a well-known game series developed by EA Mobile. After its success on PC, EA Mobile has also launched the Sims series to mobile phones. There are several versions of this series. Different game companies jointly develop the Sims Mobile version, and The Sims FreePlay is prevalent.

In this Game, a player starts with a vacant neighborhood. A player is required to create Sims and bring them in.

Like in a PC version, You can fully enjoy this game on your mobile device. For example, The Sims iPad. The player is free to take control of each household each at a time and also freely switch between families.

Besides, it is possible to change lots by adding objects. In almost every minute, a player can also collect Simpletons from each workplace and household under their control. Each family is assigned an objective to accomplish with their functions similarly to their wants.

The game comes with an XP progression system, i.e., it increases each time after completing a task. This increases the value of a neighborhood and awards players with LP.

All the sims are free to interact with other sims such that they can make friends and engage in love relationships just like the mainline Sims games. Moreover, the progression happens in real-time, i.e., ten minutes of playing the game are ten minutes of real-world time.

This means that time will keep progress even after closing the app so that the player doesn't have to wait for an active interaction to end in a game. 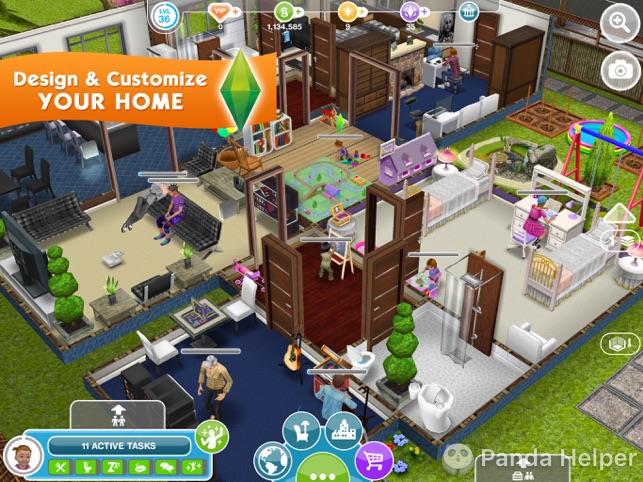 Where Can You Play The Sims Freeplay Game

You can play it free on Windows ,iPhone, and Android devices.

The game was developed by Firemonkeys Studios and was released worldwide on December 15, 2011, for iOS. Later, on February 15, 2012, it was released for Android devices.

It is among the first Sims games developed for iPad. However, it has some slight variations from the regular Sims games in that it features standard time.

For instance, in a standard game, The Sims game, 1 hour of active playing in real-time is just a minute. However, in FreePlay, an hour of playing the game is one hour in real-time.

System Requirements are the minimum requirement or specifications that a device must have to work with a given software or hardware.

It is highly recommended to check the system features to ascertain that the product is compatible with the system.

A typical Windows device should have at least. OS having at least Windows 7 supported with SP1 and Windows 10 is the most recommended. CPU with at least AMD Processor or Intel with 64-bit support functions. GPU, an Nvidia GeForce GTX 1050 or above, 2.8 GHz processor, or even faster. Disk Storage, at least 4GB of free disk space. A stable internet connection is required when activating the software.

What Is The Sims Freeplay Cheats

The money in the game are as follows:

Lifestyle Points: Premium currency in the game, used to buy premium items to speed up the action.

In this version of The Sims Freeplay cheats, you will get:

VIP perks are usually unlocked once you buy items from an online store using real money.

These in-game currencies will not decrease after use, so you can buy any item you need with unlimited money, buy more luxurious sims house and even buy pets at the pet store. change VIP exclusive clothing for all your sims, buy more items to decorate your sims house.

After having unlimited lp, you can use lp freely. Accelerate individual missions, complete mission progress faster and get more rewards. In the same way, you can freely use sp to complete social tasks. Now you can get better results in party boat!

Yes, anything you buy using real money will get points in the game. Ideally, the more money you spend buying items, the more points you will earn. This also translates to more VIP points you need, and the higher level of VIP you have, the more perks you will make.

The Sims Freeplay VIP comprises various levels, and each group has its perks. For example, if it responds New next to the perk, it is simply new, and you will get it once you reach that VIP level.

Again, if it says UPDATE, you have access to that given perk, but you will only earn more once you get to that VIP level.

There are 15 VIP levels in Sims Freeplay, and each level is unlocked using a given amount of points.

What Are The Privileges of VIP 15 in The Sims Freeplay?

VIP 15 is the highest VIP level you can reach with a recharge in The Sims Freeplay. You get a lot of privileges from it that normal users can't get.

🔺 New 1 Time Extension in the game

🔺 An Updated Collection of all Revenue in New Town Map Button

🔺 2 Extra Sims in each House

🔺 2% Bonus or extra Simoleons in the Store Packs

How to Cheat The Sims Freeplay for Unlimited Money

You must be wondering how to install The Sims Freeplay Cheats for free, and I'll show you how.

How to Download The Sims Freeplay Hack for Free

Before installing The Sims Freeplay Hack, you need to install Panda Helper.

After the installation is complete, open Panda Helper, enter The Sims Freeplay Hack in the search bar at the top, select The Sims FreePlay Hack [US] and download it.

Other results that appear in the search results are not recommended for installation because an author update is required.

Due to Apple restrictions on devices, we can only use the VIP version to install The Sims FreePlay Hack [US]. It is recommended that you choose to subscribe to VIP, ensuring that you can enjoy the hacked game for a long time.

Other The Sims Series Game

The Sims Freeplay VS The Sims Mobile

Sometimes you wonder if The Sims Mobile is gradually replacing The Sims Freeplay. However, that is not the case!

The two games are different! Let's discuss each of the games below. The Sims Freeplay was developed by Firemonkeys and EA, while Maxis and EA created the Sims Mobile.

While in The Sims Freeplay, a player can create loads of families and houses and develop their towns, that is not the case in The Sims Mobile, where a player has only one house and a limited four playable Sims.

Although the primary currency, Simoleons, in both games is the same, Premium Currency is different.

Sims Freeplay, a player earns Social points and Lifestyle points, while in Sims Mobile, you get Simcash.

Your Sims will retire and create a legacy for the future Sims in Sims Mobile, but in Sims Freeplay, the Sims will die after completing the Legacies and Life Dreams, although you can still stop their death.

The whole idea of these two games was completely different. Except for EA Mobile, they were developed by various companies. Sims Mobile launched eight years after FreePlay, and by that time, the Sims 4 was already out, so Sims Mobile made more references to The Sims 4.

You can also download The Sims Mobile Hack For Unlimited SimCash & Simoleons & Energy from Panda Helper.

What is The Sims 3 Game 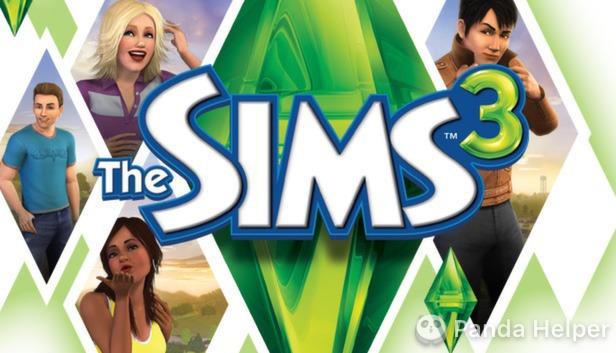 The Sims 3 is arguably the best game in the series. There are enough maps for players to choose from here, you will never get bored.

The latest Sims 3 version requires that you have an Origin. However, you can install it from your disc without necessarily downloading it, although in this case, you must create an active Origin account.

The minimum system requirements for the base game include：

In addition to the Sims series of games, Panda Helper also offers many Games like The Sims , and there are Hack versions of these games.

Players love simulation games because they have a high degree of freedom for players to play freely. Here are some popular simulation games recommended for you, mainly from the aspects of gameplay and game freedom, so that you can choose and download them according to your preferences. 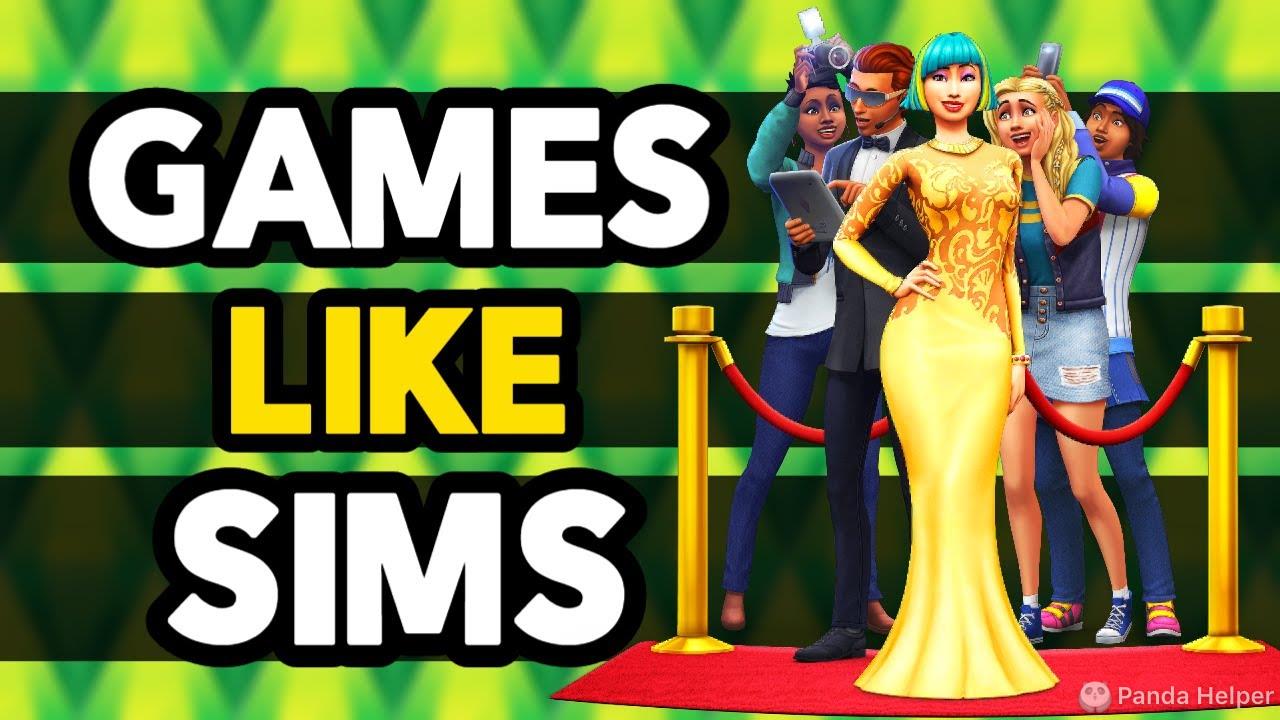 How to Get Minecraft PE for Free on iPhone